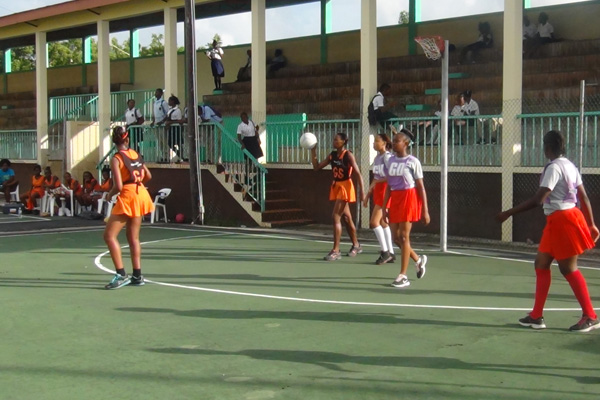 (Sports) The action continued in the inter High schools’ Netball championships on Monday 11th November as the Washington Archibald High school’s team journeyed across to Nevis to engage the Charlestown Secondary School team.

The match was played at the Grell Hull-Stevens Netball Complex in front of a partisan crowd of mainly CSS students who initially placed their support squarely behind their team but later started to cheer for the goals being scored by the visiting team.

The WAHS team appeared a lot more fit and energized as they flitted across the court, consistently setting up the plays with skillful passing and accurate shooting, compliments of their goal shooter and goal attack.

There was one unsavoury incident however. There was a slight altercation between two of the opposing players which forced a quick time out and the CSS player opted to leave the court but was encouraged to stay on. The game was completed without further incident

At the end of the third quarter, the score line was 47 to 2 in favour of the WAHS team. The Coach was overheard telling his team that he had received a message that they should aim for an overall total of 65 goals..

The WAHS team intensified their efforts and at the final whistle, the unbelievable score line was: