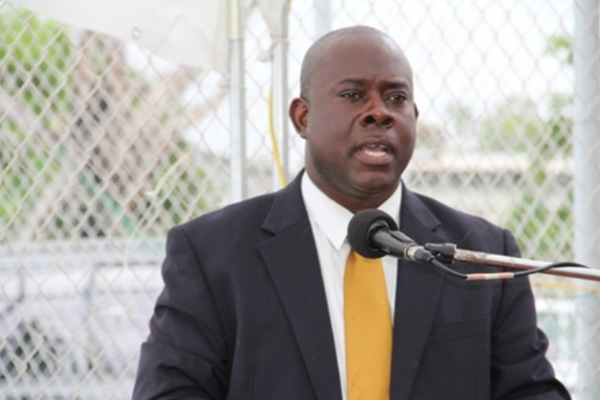 Hector, who recently announced that he would be contesting the upcoming federal election as the NRP candidate for Nevis 9 (the constituencies of St. Paul and St. John combined), during his presentation, described Nevis’ Deputy Premier and Leader of the Opposition in the Federal Parliament, the Honourable Mark Brantley as “a federal failure.”

“I have sought to analyze the report card of our representative Mr. Brantley as a local minister and as a federal representative. Just like Premier Amory, I have found him wanting,” Hector said, adding that “Unlike Mr. [Patrice] Nisbett who has brought us so many tangible results, I cannot find a single gain that Mr. Brantley has brought for the people of Nevis.”

Hector, who is an Attorney by profession, seemed to very keenly capture the attention of the media representatives who had gathered at the Nevis Cooperative Credit Union’s Conference Room for the press conference which was broadcast live on local radio station, Choice 105.3 fm.

The charismatic Hector, who has, since July 2006 represented the constituency of St. Paul in the Nevis Island Assembly, accused Brantley of being more concerned with travelling the world than developing Nevis.

“Our present elected representative at the federal level [the Honourable Mark Brantley] has, in the last nine months, begun what I would describe a globetrotting excursion. We are informed that this movement is a part of a Public Relations Package to improve his image,” Hector narrated, just moments before stating that the Concerned Citizens Movement [CCM] had “failed to create the regulatory framework and climate necessary for meaningful growth.”

In addition to thanking the NRP for its endorsement of his candidacy, Hector sought to solicit Nevisians’ support in the upcoming election.

“I want to ask the constituents on both sides of the divide for their support. It is my wish; of course together with the support of all, to take the constituency of St. John’s-St. Paul’s combined to a new level,” the candidate said.

“If there is ever a time that the federation needs able men of the NRP, that time is now! Going forward, we need servants like myself and the candidates of the NRP party who have demonstrated an ability to govern and negotiate at the federal level.”