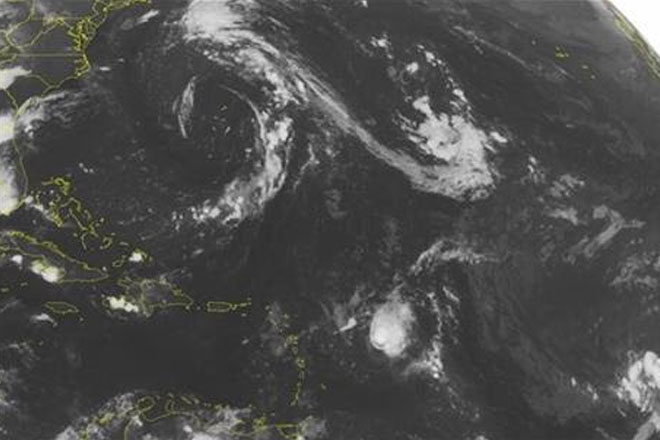 Roseau, Dominica (AP) — Wind and rain lashed Dominica and nearby islands Monday along the eastern edge of the Caribbean as Danny weakened to a tropical depression and headed east.

There were no immediate reports of injuries or significant damage from the storm in the Leeward Islands as the storm passed and into the North-eastern Caribbean Sea.

The centre of the storm was located about 20 miles (30 kilometres) south of Guadeloupe Monday morning. It was moving toward the west near 12 mph (19 kph) with maximum sustained winds that had decreased to near 35 mph (55 kph).

The US National Hurricane Center said Danny was expected to continue weakening and degenerate into a remnant low later in the day.

Danny was expected to drop 2 to 4 inches of rain over the Leeward Islands, the US and British Virgin Islands, and Puerto Rico through Tuesday.

Nearly 25 percent of Puerto Rico is considered to be in an extreme drought, and another 45 percent is under a severe one, according to The National Drought Mitigation Centre. A total of 2.9 million people in Puerto Rico have been affected.