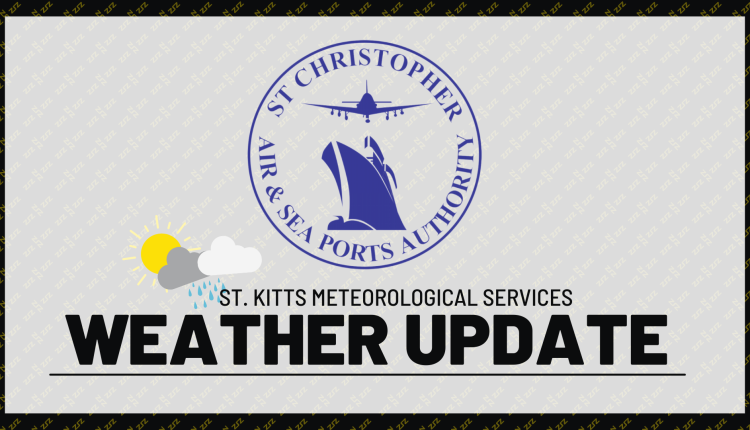 Winds: A moderate breeze of 15mph from the East Northeast

Weather Forecast Valid until 8 am Tomorrow

Winds: East – northeast at 14 to 21mph, gusting as high as 31mph mainly during heavy downpours as well as over open waters and in elevated areas.

Weather Forecast for St. Kitts & Nevis: Today will be partly sunny initially,  becoming increasingly cloudy mainly after midday with a 70 percent or a high chance of showers during that time. Tonight will be mostly cloudy with periods of showers, some of which could be moderate to locally heavy at times and a slight chance of an isolated thunderstorm developing.

Eastern Caribbean Forecast: Across most of the Eastern Caribbean from the  B.V.I. to the northern Windward Islands, an approaching tropical wave will lead to mostly cloudy skies with periods of showers. Some showers could be moderate to locally heavy at times with a slight chance of an isolated thunderstorm developing.  Elsewhere, we can expect fair to partly cloudy skies with only a slight chance of a  brief passing shower.