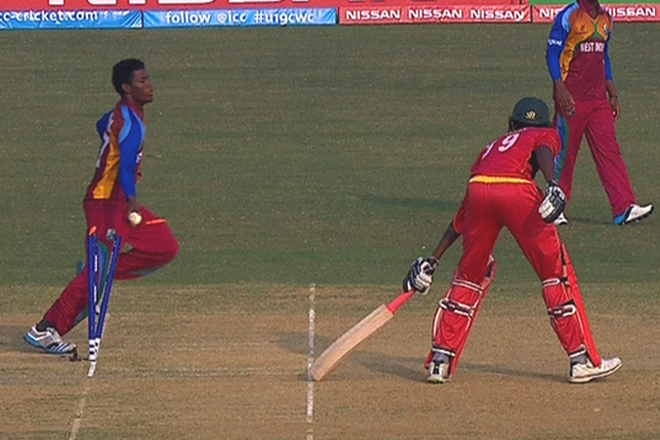 West Indies Under-19 entered the quarter-final of the World Cup in controversial and tense circumstances, as Keemo Paul effected a mankad to claim the last Zimbabwe Under-19 wicket – that of Richard Ngarava – with three runs needed off the final over.

Paul ran through the bowling crease without entering his delivery stride and broke the stumps, catching the non-striker Ngarava with his bat on the line while he was standing a couple of steps out of his crease.

The two on-field umpires conferred before asking West Indies if they wanted to uphold the appeal, and once it was confirmed that they did, the third umpire was called in and found the batsman just on the line, ending Zimbabwe’s campaign in a game they had to win to make the quarter-final.