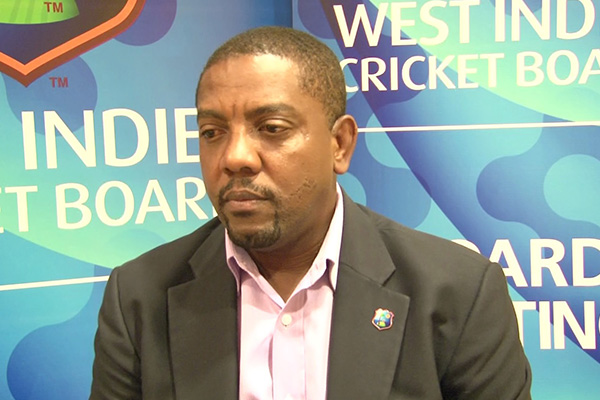 WICB Board excited by upgrades to St. Kitts’ Warner Park

(SKNIS): The West Indies Cricket Board (WICB) has endorsed, and is very enthusiastic over the plans to upgrade the Warner Park Cricket Stadium in St. Kitts.

In speaking to SKNIS after a WICB meeting held at the St. Kitts Marriott Resort last Saturday (December 07), President Dave Cameron told SKNIS that additions to the facility will greatly enhance the cricket environment in the region.

“We’re very, very excited about the investment by the Government of St. Kitts [and Nevis] into Warner Park,” he said. “… they have said to us that when completed, this facility with the lights on will almost be as good as daylight and so we want to test that so hopefully one of these day night matches as early as February or March will be played in this facility.”

President Cameron referred to the Under 13 Cricket Festival held every year in St. Kitts which welcomes teams from across the Caribbean; as well as other developments and indicated that the twin-island Federation has demonstrated a fervour to advance the cricket agenda.

“St. Kitts-Nevis continues to take cricket and cricket development and cricket playing very, very seriously and we applaud them,” Cameron expressed. “The facility we saw … or the making of it is second to none and we look forward to playing inside the facility very, very soon.”

“I can assure you that going forward St. Kitts continues to be one of our major grounds in the region,” he emphasized.

The WICB President stated that he would like to see more persons from other territories traveling to neighbouring islands whenever a match is held in order to give additional support to various cricket teams from the West Indies.

He explained that discussions with regional carriers LIAT and Caribbean Airlines, as well as the Caribbean Community (CARICOM) Secretariat, which is the principle administrative organ for the regional Heads of Government, was important in facilitating hassle free movement of people in this regard.