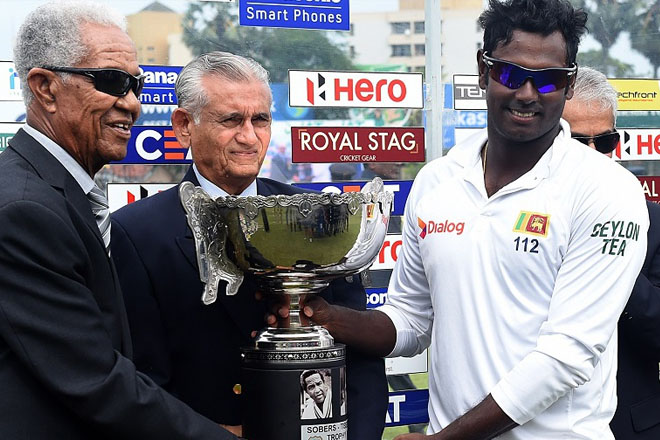 Windies go under by 72 runs

(ZIZ Sports) – The West Indies team arrived at the P Sara Oval his morning to be greeted by the usual overcast and gloomy conditions but little did they know that the weather would actually reflect their state off affairs a couple hours later.

Another day, another Test ‘whitewash’ for the West Indies as they went under to Sri Lanka by 72 runs on the fifth and final day of the final Test of the Sobers/Tissera series. Chasing 244 runs for victory the West Indies were spun out for 171 to lost the series 2-0.

The visitors were in the game during the morning session as a confident Shai Hope and Darren Bravo worked the score along. Hope looked a different player from the one who struggled earlier in the series, while Bravo blossomed nicely after a shaky start.

The two edged the West Indies ahead with the score at 80 for one, when as usual, one dismissal led to a collapse. Skipper Jason Holder looked on in dismay, sitting in the pavilion as West Indies lost four wickets for 22 runs.

Hope, who had used his feet well in getting to the pitch of spinning deliveries all morning, got one from man of the match Malinda Siriwardana that outfoxed him and he was stumped for 35. He faced 72 balls and struck five fours in his innings. Next to go was the struggling Marlon Samuels who touched one to slip off Kusal Perera for six. Samuels, who found runs almost impossible to come by this series, got his 9th single figure score in 17 innings against Sri Lanka.

Five runs later it was the turn of Jermaine Blackwood to return to the pavilion and the West Indies looked wobbly at 102 for four. However, Bravo was still there and West Indies would have hoped for an innings like the one be played against England at Kensington Oval this year, that resulted in a win.

He and Denesh Ramdin added 22 runs before the off-colour wicketkeeper/batsman fell for 10. The death knell was delivered one run later, when Bravo fell to Rangana Herath for 61. He faced 134 balls and struck three fours and two sixes. Herath would then run through the lower order and although there was a last wicket stand of 33 runs between Jomel Warrican (20 not out) and Kemar Roach 13 – the West Indies would still go on to register their 102nd Test loss since 2000.

J Warrican not out*20

Man of the match: Malinda Siriwardana.