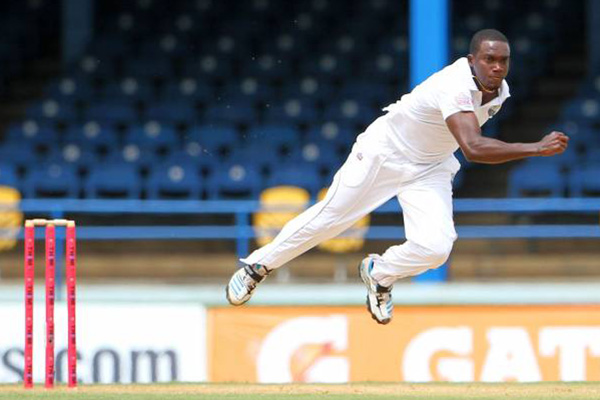 Windies looking to finish job on Friday and level series

Port-of-Spain, Trinidad — West Indies have completed four days of outstanding work so far and Head Coach Ottis Gibson expects his team to finish off the job with a comprehensive victory over New Zealand on Friday’s final day.

After being beaten in the opening match in Jamaica, the Windies have been dominant and look set to record a series-leveling victory in second Test match at Queen’s Park Oval.

On Thursday’s fourth day, the Windies bowlers and fielders were brilliant – limiting the visitors to a second innings score of 257-8 off 127 overs – an overall lead of 18 runs with just two wickets in hand going into the final day.

Left-arm spinner Sulieman Benn continued his impressive return to the international stage with the remarkable figures of 49-19-62-2 – including a brilliant one-handed catch off his own bowling. Fast bowlers Kemar Roach (21-6-53-3) and Jerome Taylor (25-8-46-2) were also outstanding with the new ball and the old ball.

“We had to toil hard and we knew we would have to toil hard but I’m proud of the way we have played in this match…the way we fought back after going 1-0 down in the first match at Sabina Park. Overall we had a good day and we will look to come back tomorrow and finish the job,” Gibson said after Thursday’s play.

“This is what Test cricket is all about…it is a test of your character, fitness levels and skills…we will come back and we will get the job done. We have played four really good days of cricket and we are confident. Throughout the days everyone stepped up when they were called upon and but we stayed strong for most of the day.”

Late on the fourth day, West Indies were frustrated by a stubborn unbroken ninth wicket stand between keeper B.J Watling and tailender Mark Craig – the pair having so far added 45 runs. Gibson said a victory in this match should set-up a crucial series-decider in Barbados, starting next Thursday.

“We needed a response and the guys have responded very well…credit to the players for the way they bounced back after Jamaica and we just have to make sure we get a win here and go to Barbados 1-1 and look to clinch the series there.”