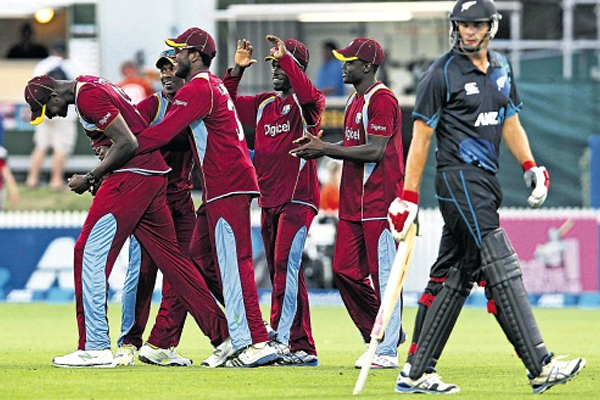 West Indies captain Darren Sammy won the Man-of-the-Match award after taking 3-22 to help restrict Ireland to 85-8 in search of 97. Gary Wilson top scored for Ireland with 35.

Earlier, West Indies, asked to bat first, struggled on a slow-paced surface and were held to a meagre 96 for 9 off the allotted 20 overs — their second lowest Twenty20 International score.

Andre Fletcher, brought in for his first game of the series, top scored with 19. Ireland medium pacer Alex Cusack grabbed 4-11.

The Ireland team created history by winning the opening encounter on Wednesday by six wickets after restricting West Indies to 116-8.

West Indies left-handed batsman Christopher Gayle, who played the first match after returning from injury, along with seamer Ravi Rampaul, were left out of this encounter.

The Ireland team was unchanged.