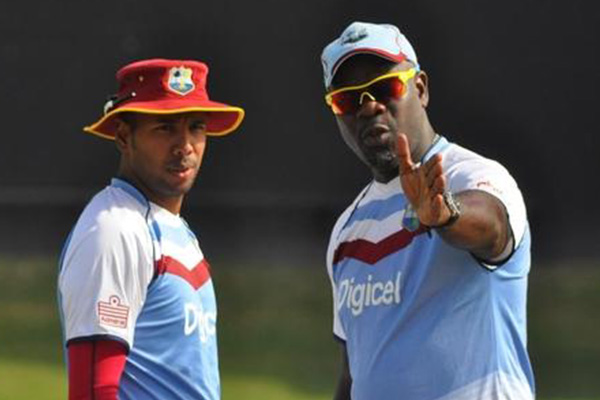 Kingston, Jamaica — West Indies will start the road towards retaining the ICC World T20 Championship when they face off against Ireland on Wednesday.

The World Champions take on the Irish in two matches at Sabina Park – on Wednesday and Friday – with both games bowling off at 2pm (3pm Eastern Caribbean Time).

Captain Darren Sammy said the matches will form a crucial part of the preparation for the ICC World T20 Tournament to be played in Bangladesh from March 16 and April 6.

“This is the start of the build-up to the ICC World T20 tournament in Bangladesh,” Sammy said on Tuesday. “We will have these two matches here in Jamaica and then we will have three more matches in Barbados before we fly out to Bangladesh to defend our world title.”

Both teams arrived in Kingston on Sunday and had full training sessions on Monday and Tuesday. Sammy said he was happy with the preparation.

“Since we arrived here in Jamaica we had two training sessions – in our familiar conditions – and everyone looks ready for the start. Ireland has a good team and we can’t take them lightly. We have to make sure we play like world champions and make a statement,” Sammy said.

“I view this like any other contest. We have a lot of respect for all oppositions we play. We have to start the ball rolling with the right frame of mind. Most of the guys have been playing cricket in the NAGICO Super50 and we also have a few guys coming back from injury so everyone should be match-ready.”

He added: “It looks like a very good pitch here at Sabina Park for T20 cricket. It looks like the kind of pitch we expect for this format. We will look to put runs on the board – which is a strategy we have used before in T20 cricket. We are fine-tuning and building ourselves toward the main event which is winning the World T20 for the people of the Caribbean.”

For the ICC World T20 Championship, West Indies will play all their preliminary matches at the Sher-e-Bangla in Mirpur. They start against India on Sunday, March 23 and will follow up with a contest against a yet to be determined ICC Qualifier on Tuesday, March 25.

On Friday, March 28 they take on Australia followed by Pakistan on Tuesday, April 1.