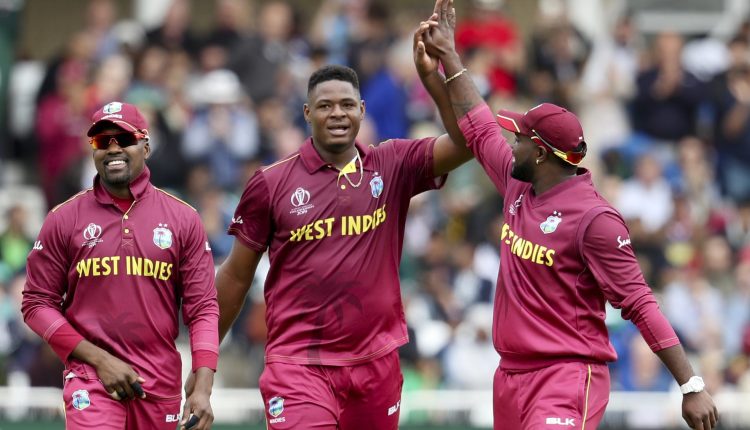 Chris Gayle broke the record for the most sixes in World Cup history on his way to smashing a half-century in the West Indies’ comprehensive seven-wicket win against Pakistan at Trent Bridge.

At a ground synonymous with large totals in one-day internationals in recent years, Pakistan’s carelessness in the face of the short-ball tactic meant they crumpled to 105 all out in 21.4 overs. Oshane Thomas was the main beneficiary with four for 27 on his tournament bow before Gayle took centre stage amid a blizzard of boundaries as the Windies overhauled their target with 36.2 overs to spare.

There will be fears over Gayle’s fitness after he seemed to injure his lower back shortly before his dismissal having scored 50 from 34 balls. His day was made easier by Pakistan posting their second worst World Cup score after being invited to bat first, as the pace quartet of Thomas, Jason Holder, Andre Russell and Sheldon Cottrell shared all 10 wickets.