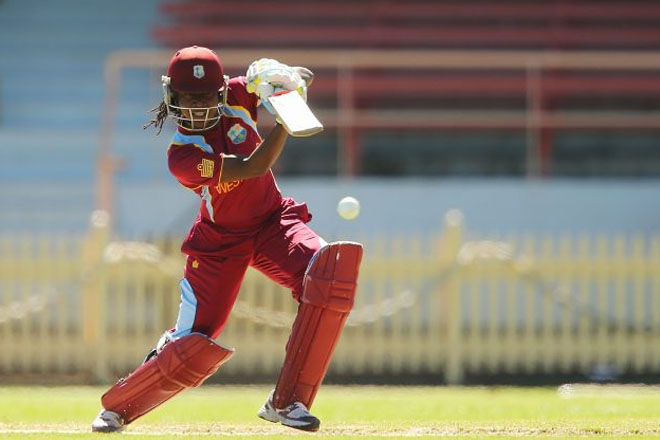 In all, the sides will play four ODI’s in St. Lucia, with the opening game on Friday the only clash that will not count towards the ICC Women’s Championship.

A 3-0 series victory would elevate Stafanie Taylor’s side, which currently lies a point clear of England in third position, to the top of the table. A 2-1 win for the hosts would also see it progress and leapfrog second-placed South Africa, and in that scenario Sana Mir’s team would also move up to fourth place. In the event of a 3-0 away victory for Pakistan, it would move into second place on 14 points.

In all, the sides will play four ODI’s in St. Lucia, with the opening game on Friday the only clash that will not count towards the ICC Women’s Championship, which is a qualifying tournament for the ICC Women’s World Cup 2017, which is being participated in by Australia, England, India, New Zealand, Pakistan, South Africa, Sri Lanka and West Indies.

The top four sides from the ICC Women’s Championship will gain automatic qualification for the event proper which is to be staged in England, while the bottom four sides will get a final chance of qualification through the ICC Women’s World Cup Qualifier in 2017. The tournament structure sees each team will play each other in one home or away series that will include three ODIs over a two and a half year period. As such, each side is guaranteed at least 21 ODIs over the tournament period.

In welcoming Pakistan to the Caribbean ahead of the start of the series, West Indies captain Stafanie Taylor also outlined her side’s ambitions to progress up the rankings. “I would like to welcome Pakistan to the West Indies and we are extremely excited as we look forward with anticipation to this upcoming series”, she said.