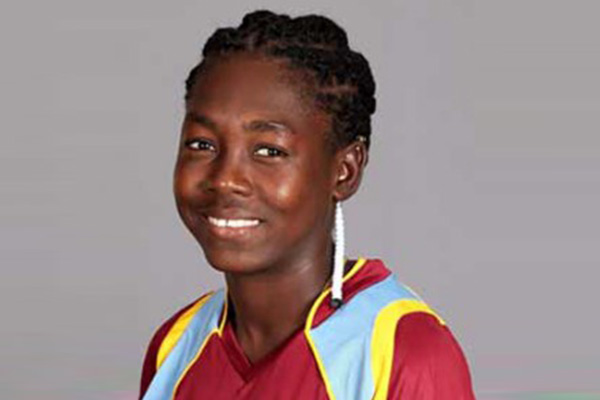 Lincoln, New Zealand — West Indies Women bid to level their One-day International series with New Zealand Women was scuppered by a career-best spell from Holly Huddleston that propelled the hosts to a 94-run victory in the second match on Monday.

Chasing 275 to win, the batting of the Windies Women lacked consistency and they were restricted to 180 for nine, as Huddleston grabbed 5-36 from 10 overs on a hard, true Bert Sutcliffe Oval pitch.

Shemaine Campbelle hit the top score of 45, Stafanie Taylor supported with 32 and Shanel Daley made 26.

The result meant that West Indies trail 0-2 in the three-match series, after they lost the first ODI by nine wickets last Saturday at the same venue.

After choosing to field, the Caribbean side met defiance, when Sara McGlashan anchored the New Zealanders with a top score of 71 and some heavy hitting from Rachel Priest at the death catapulted the home team to 274 for five from their allocation of 50 overs.

West Indies Women were then pegged back every time they began to look threatening with the key wicket Stafanie Taylor being caught at mid-off from the bowling of Frances Mackay in the 18th over.

The Windies Women were 65 for two, but there was little substance from the rest of the batting.

Earlier, the visitors made a bright start, when Taylor removed New Zealand Women’s captain Suzie Bates for seven in the sixth over.

But the Caribbean women were stonewalled, when the pair of McGlashan and Samantha Curtis steadied the ship for the New Zealanders, putting on 98 for the second wicket.

An athletic bit of fielding from Campbell led to the run out of Curtis for 42, but the hosts continued to dig deep and Sophie Devine made a solid 45 to keep the momentum going.

Stacy Ann King had McGlashan caught in the deep in the 35th over, but this did little to slow the White Ferns down, with Katie Perkins teaming up with Devine to put on 62 for the fourth wicket.

The Windies Women failed to keep their heads down the stretch and a flurry of boundaries from Perkins, not out 45, and Priest, not out 40, would add a valuable 78.