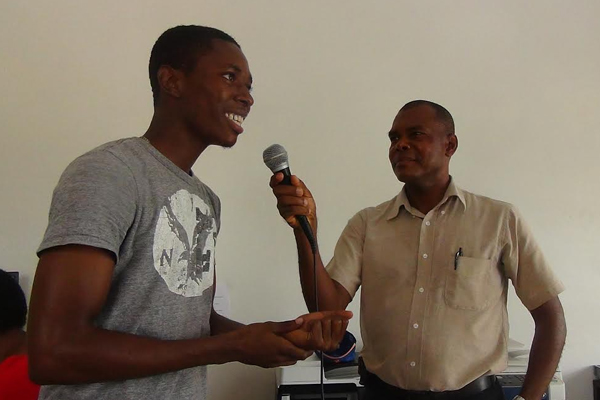 Aljay Newton of the Youth and Sports Department, confirmed on Wednesday that the Street Football tournament which will be hosted by his department this coming Saturday, will be sponsored by STAG and indicated that there will be a $500.00 winner take all prize for the winner of the competition.

However, there will also be trophies for the outstanding performers on the day.

STAG will also be running promotions and give aways during the event.

Some ten teams have registered for the completion so far, including one ladies’ team.

The action will be at the Brown Hill hard court, this Saturday –30th August, commencing at 2pm.

FIFA Referee instructor, Malcolm Ramsey is on board with a group of Referees and there are some established ground rules in place which will see the players playing in sneakers and not boots; there will be no tackling and yellow cards and red cards will be issued when warranted.

There is also a possibility that the winner of the competition will play the Conaree team out of St. Kitts which competed in a similar tournament in Trinidad, earlier in the year.