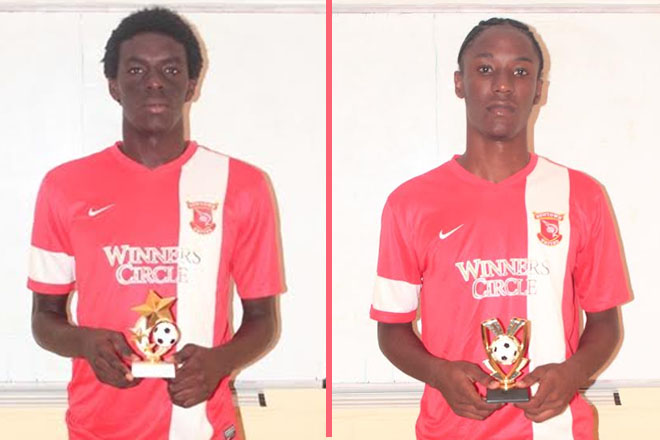 (ZIZ News) – The management of Winners Circle Newtown United Football Club took time out to recognise its top performers over the last month.

Dennis Flemming and Carlos Bertie were presented with players of the month trophies during a brief ceremony on Sunday at the Newtown Playing Field.

The team’s Public Relations Officer, Conrod Senior said this is one way of recognising the hard work of the players.

“This is a way of saying thanks to the players for the hard work and it’s just a little incentive. Even though it is a team effort there are some players who, for some reason or the other, would have done extremely well,” he added.

Senior said similar presentations will also be made to players on the club’s female team.

Winners Circle Newtown United is currently undefeated in the SKNFA Premier league and therefore leads the league in the points table.