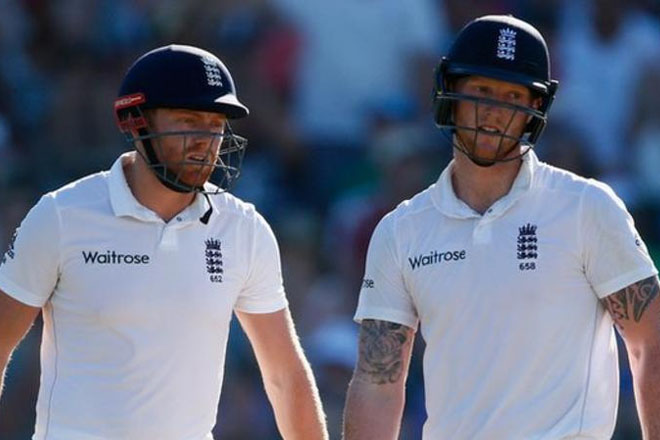 England’s Ben Stokes and Jonny Bairstow have been named as two of Wisden’s five Cricketers of the Year.

All-rounder Stokes, 24, was named following a “string of match-changing performances”, including his 198-ball 258 against South Africa in Cape Town.