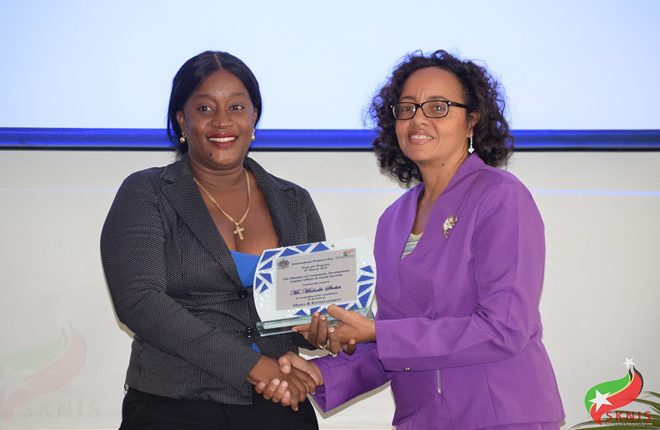 Women in St. Kitts honoured for their significant contributions on International Women’s Day

(SKNIS): The Federation of St. Kitts and Nevis joined senior government officials and hundreds of empowered and independent women at the Royal St. Kitts Hotel today, March 08, to honour outstanding women for their contributions to the Federation’s development.

While giving the opening remarks at the International Women’s Day Awards Ceremony, Minister of State with responsibility for Gender Affairs, the Honourable Wendy Phipps, said that, “our role here is not just to come and listen to a couple of speeches but to take note of what is being said and to do some sort of self-examination and find out what can I do individually, collectively, in terms of community, at the regional and international levels to change the statistic.”

“I do wish us a most gracious, reflective and meaningful International Women’s Day,” she added.

Featured speaker, Mrs. Ingrid Charles-Gumbs, said that the importance of celebrating International Women’s Day is to highlight the contributions of women and keep “the claims of gender equality firmly on national agendas worldwide.”

She noted that the theme “#PressforProgress” is a personal mission to ensure that women’s rights are taken seriously and that their “issues are taken into concern and that the stereotypical thinking disappears.”

“Pressing for progress suggests intentional action that is absolutely essential to move women from the periphery of political decision making to be represented in proportion to their presence in the population at the decision making level,” she added.

The award ceremony was a collaboration between the Ministry of Gender Affairs and the Ross University School of Medicine.

Among those awarded were Mrs. Sonia Henry who received a special Prime Minister’s Award for being an active leader in various women’s groups in church and in the community of Molineux, and Mrs. Mavis Armstrong, who was awarded for her contribution to Education for over 41 years.

Women centered organizations received donations from local businesses. CIBC First Caribbean International Bank donated a sum of EC$2,500.00 to Project Viola and Ross University, in collaboration with the St. Kitts and Nevis Scotia Bank, donated a collective sum of $EC 9,141.00 to Ade’s Place, a daycare center that cares for persons with disabilities.

International Women’s Day under the theme for this year “#PressforProgress”, is celebrated yearly on March 08, to commemorate the political, social, economic and cultural achievements of women. This day has been celebrated for over 100 years. 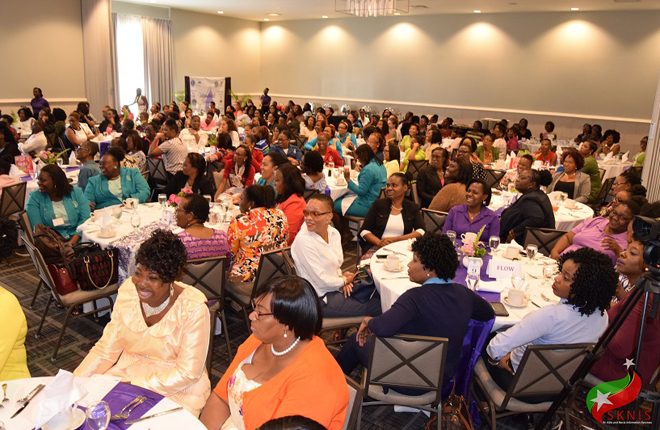 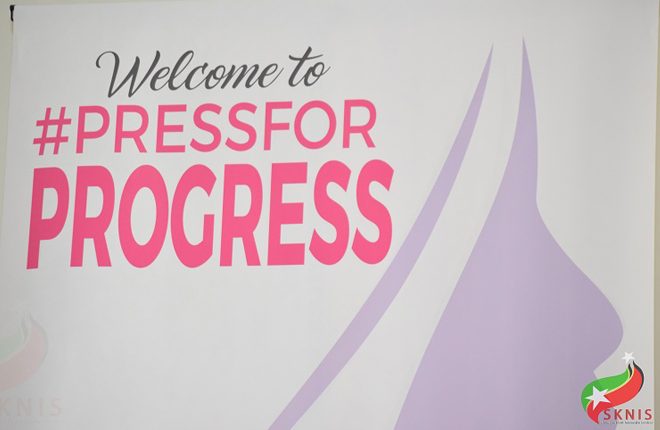 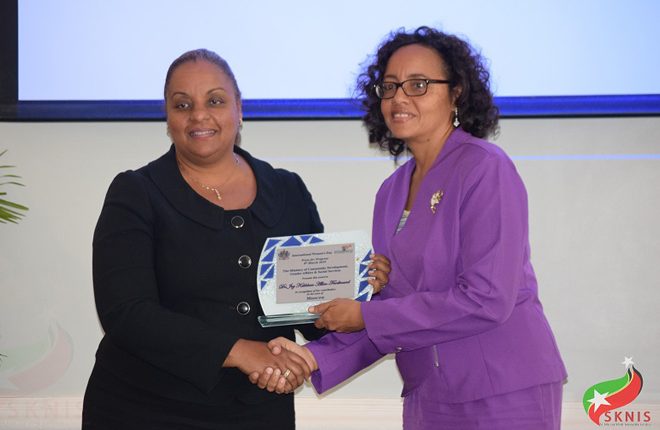 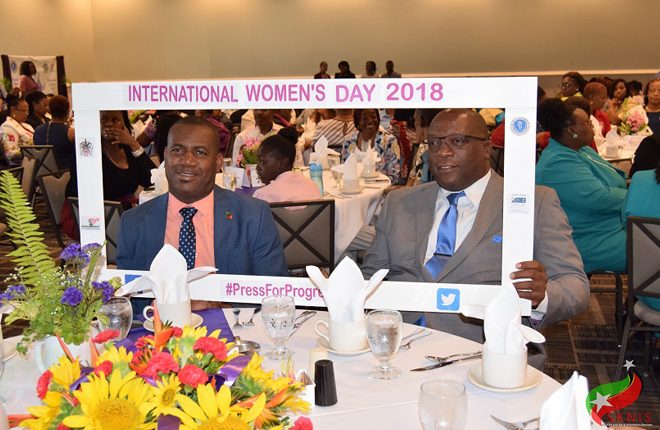 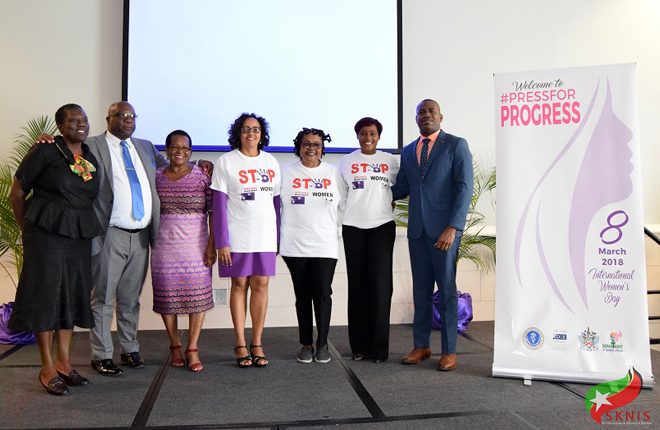