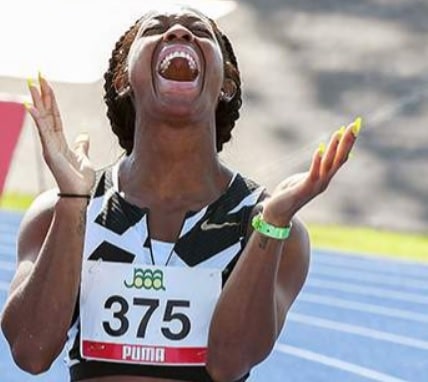 Shelly-Ann Fraser-Pryce threw down the gauntlet to all comers at the upcoming Tokyo Olympic Games when she established a lifetime best 21.79 seconds to win the 200m final and wrap up the sprint double at the Jamaica Athletics Administrative Association (JAAA)/Ministry of Sport/Supreme Ventures National Senior Championships at the National Stadium on Sunday 27th June.

Only a few weeks ago at the same venue the 34-year-old Fraser-Pryce became the fastest woman alive when she posted a magnificent 10.63 seconds in the 100m at the JAAA/JOA Destiny Series.

“We have two other amazing ladies for Jamaica and the pool and the depth in sprinting that we have you can’t focus on one person, you have to go out there and work hard. You have to stay committed and dedicated,” Fraser-Pryce told the media.