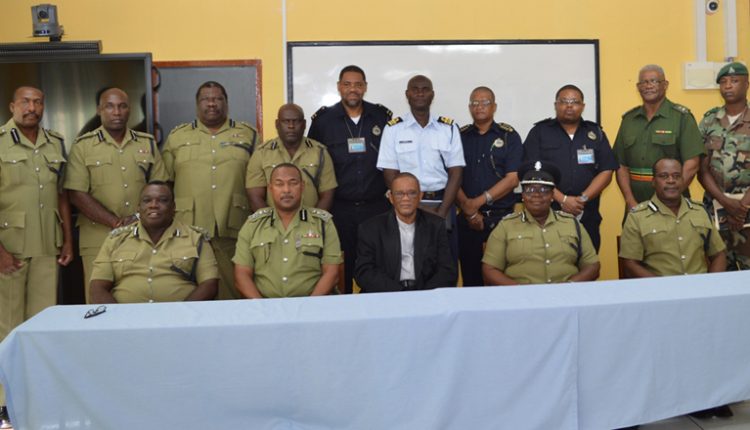 (SKNIS): A recently established Anti-Gang Task Force (AGTF) is already yielding results in its efforts to disrupt and dismantle gangs in the federation according to the Commissioner of Police, Ian Queeley.

The AGTF is a partnership between the Royal St. Christopher and Nevis Police Force (RSCNPF), the St. Kitts-Nevis Defence Force (SKNDF) and Her Majesty’s Customs and Excise Department. This is in keeping with the goals and objectives of the six-point plan of the RSCNPF, specifically, the part that speaks to targeted operations and collaborative engagements among agencies.

Commissioner Queeley said, “…we recently [established] a unit dedicated to addressing the challenges of gangs in our communities…this is a multi-agency team that is tasked with the surveillance and disruption of these gangs and their activities.”

He thanked the Commander of the SKNDF, Lieutenant Colonel Patrick Wallace, the Comptroller of the Customs and Excise Department, Georid Belle and the other members of their respective organizations for their “unwavering support to the RSCNPF and for a strong partnership.”

He also thanked the members of the AGTF saying, “I want to express my most sincere appreciation to the officers who were selected and then were screened for this demanding duty.”

Commissioner Queeley added that once the Police Force was able to disrupt and displace gangs, it would then be important to reintegrate the former gang-members into the community.