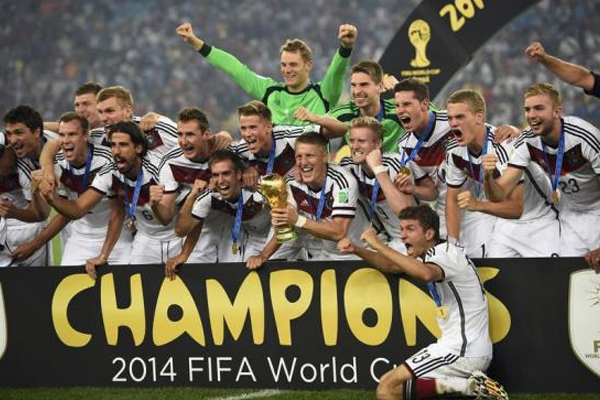 In a world where so much can change so quickly, perhaps it is reassuring that there is one constant which remains.

The nation which had ripped Brazil’s dreams to shreds in the semifinals, won its fourth World Cup after a tense 1-0 victory over Argentina Sunday.

For all the doubters who said that no European side would or could ever win the World Cup on South American soil, there was one team which refused to listen.

The words ‘organized’, ‘ruthless’ or ‘machine’ are bandied about along with that other cliché, ‘efficient.’

To use those words to describe this German side would not only do it a disservice — it would ignore the wonderful talent which passes through the veins of each and every player.

Germany has long threatened to rule the world.

In 2006, it came close, bowing out at the semifinal stage after a painful defeat by Italy in a tournament held in its own country.

Two years later, it was beaten in the final of the European Championships by Spain before the same opposition ended its World Cup dream in South Africa.

At Euro 2012, Italy once again was its nemesis as Germany fell at the semifinal stage of Euro 2012.

Nobody doubted Germany’s talent — but critics said it did not have the ability to get over the winning line.