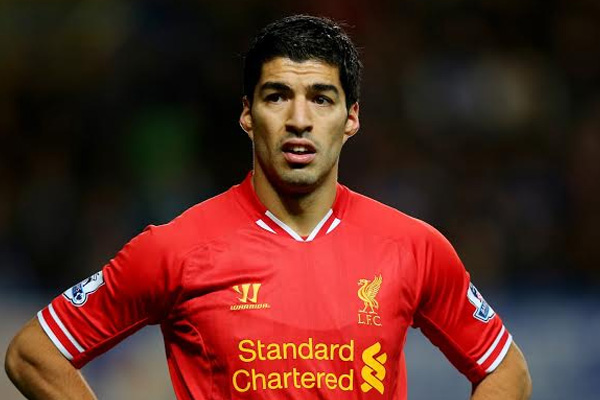 (CNN) — Luis Suarez may have bitten off more than he can chew this time.

Already banned twice in his career for biting an opponent, the Uruguay striker was seemingly at it again in his country’s key World Cup victory over Italy.

Just before Uruguay’s winning goal, the striker was embroiled in an off the ball incident with Italy defender Giorgio Chiellini with both men falling to the floor.

And he could be facing a lengthy ban — despite his attempts to play down the incident.

The only thing I know is that those are occurrences that happen on the pitch,” Suarez told reporters.

“I just collided with his shoulder. They are just casual incidences that occur during a soccer game.

Television pictures showed Suarez dipping his head towards Chiellini, and when the Italian defender eventually got up, he pulled down his shirt and appeared to furiously indicate that he had been bitten on the shoulder.

“Suarez is a sneak and he gets away with it because FIFA want their stars to play in the World Cup,” Chiellini told Sky Sports Italia.

“I’d love to see if they have the courage to use video evidence against him. The referee saw the bite mark too, but he did nothing about it.,” added the Juventus defender.

The 27-year-old Suarez will now face a nervous wait to find out if football’s world governing body FIFA will take action retrospectively — given it was missed by the match officials – and punish him.

A FIFA spokesman told CNN: “We are awaiting the official match reports and will gather all the necessary elements in order to evaluate the matter.”

But FIFA vice-president Jim Boyce, who also presides as head of the organizations referees committee, says he has huge concerns over Suarez’s actions.

“I have watched the incident several times on television,” he told reporters.

“There is no doubt Luis Suarez is a fantastic footballer but, once again, his actions have left him open to severe criticism.

“FIFA must investigate the incident seriously and take whatever disciplinary action deemed necessary.”