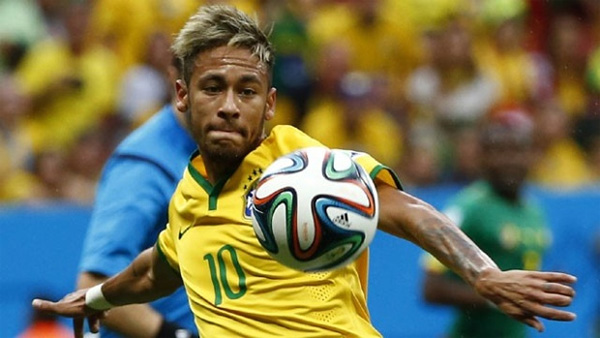 CNN — Was there ever any doubt?

When it mattered most, the man which this Brazilian team’s quest may depend on, delivered once again.

Neymar, the face of this World Cup, scored his fourth goal in three games to book his country a date with destiny and Chile in Belo Horizonte on Saturday.

The 22-year-old, for so long hailed as the savior of Brazilian football, has not disappointed at a time where the likes of Portugal’s World Player of the Year Cristiano Ronaldo have flattered to deceive.

While Lionel Messi has rescued Argentina, Neymar’s 35th goal in 52 international appearances gives an insight into how crucial his role is likely to be in the next few weeks should Brazil go all the way.

His two goals and further strikes from the much maligned Fred and substitute Fernandinho ensured Brazil claimed a 4-1 win over Cameroon and secured top spot in Group A.

Mexico, which defeated Croatia 3-1, took second place and will now face the Netherlands in Fortaleza on Sunday.

But the night belonged to Neymar — the man who scored the 100th goal of this tournament in his country’s 100th match World Cup match.

Brazil will need its talisman to provide his magic once again when it meets Chile, a team which it knocked out of the tournament four years ago in South Africa.