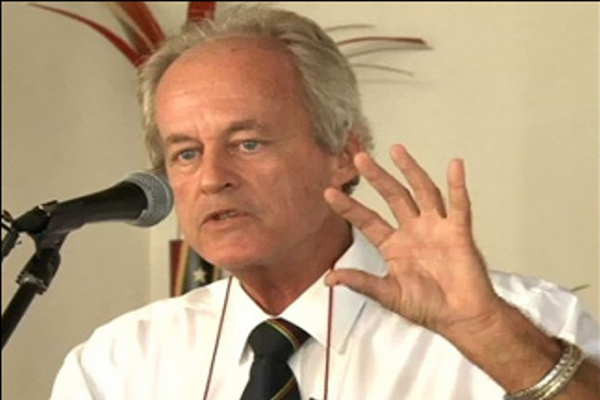 Yearwood: Dr. Harris is either deceptive or ignorant on bank overdraft facility

Basseterre, St. Kitts (CUOPM) — A prominent Nevisian businessman is of the view that it is either deception or ignorance why leader of the Unity Concoction, Dr. the Hon. Timothy Harris, has concluded that renewal of the government’s overdraft facility increases the national debt.

The Government of St. Kitts and Nevis in August received parliamentary approval for several l financial resolutions in accordance with the Finance Administration Act.

Although the overdraft facility is available the Federal Government has not used it in the past three years.

“It is either gross deception, an attempt to deceive the general public that there is an increase of debt when there is not or it is a case of gross ignorance in that you honestly don’t understand the financial running of a country and government,” said hotelier and former tourism advisor Mr. Alastair Yearwood on WINNFM’s Inside the News.

Mr. Yearwood noted that both the Financial Secretary, Mrs. Hilary Hazel and local financial accountant, Mr. Snideman Warner are of the view the renewal of the overdraft does not increase the national debt of St. Kitts and Nevis.