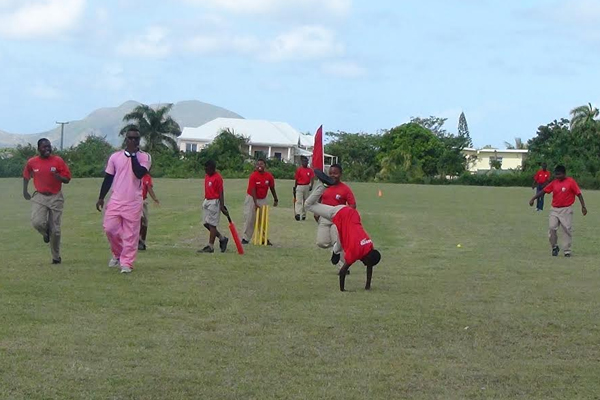 Sports Page — The group called FICO which made a generous donation of US $2,000.00 to the Nevis Sports Department on Friday 23rd January, was thoroughly entertained by the members of the Nevis under 13 Cricket squad, that same day.

Immediately after the presentation ceremony, the youngsters were divided into two teams and engaged in an eight overs contest which proved to be very competitive.

Team one managed a total of 63 runs from their allotted 8 overs.

Team two in response needed four runs from the final delivery with Carlon Tuckett on strike.

He pulled the ball to midwicket where it was brilliantly fielded and the batsmen were restricted to a mere single. Team two getting to 60 from their eight overs.

Team one celebrated and the guests were happy with the result.