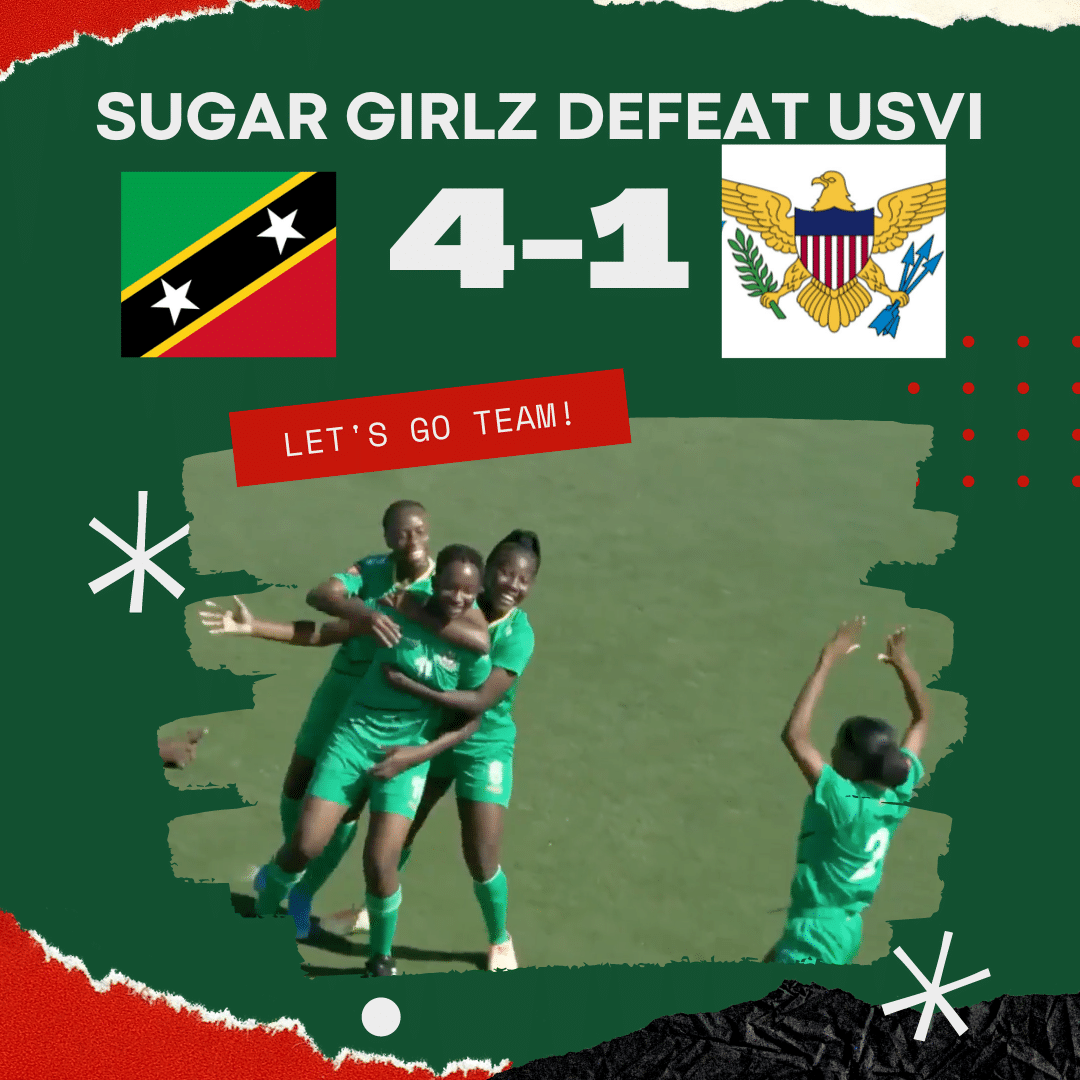 Basseterre, St. Kitts, October 25, 2021 (SKNFA): The St. Kitts and Nevis U-17 Women’s team started off their Concacaf Women’s U-17 Tournament Campaign, on a high with a 4-1 drubbing of the US Virgin Islands at the IMG Academy in Florida on Thursday. First-half goals from Sharema Blake (15’) and Mikayla Gumbs (25’) had Saints Kitts and Nevis in control with a 2-0 halftime lead.

The USVI would make things interesting though, as a Malaika Rouse own goal (56’) made for a compelling final half-hour of play. However, in the end, goals from Trisha Nisbett (77’) and Jahzara Claxton (90+4’) sealed the 4-1 triumph for Saint Kitts and Nevis.

St. Kitts and Nevis coach Earl Jones, in a phone interview from Florida after the match, was pleased with the team’s performance but said there is room for improvement. “We could do a lot better. Kudos to them; we won the game but there is a lot of room for improvement,” he said. “We have some areas we need to sharpen upon and we have to do it before the next game,” Coach Jones added.

Prior to the match, he expressed confidence that the team will excel. “Preparations have been extraordinary. The coaching staff has been doing a very good job on and off the field,” he said. Captain of the team Malaika Rouse shares the same confidence as her coach that the young sugar girls will excel in this tournament. She explains why. “The spirit is high right about now. Everybody is confident, ready, and willing to play,” she said.

St. Kitts and Nevis is in Group A with Dominica, US Virgin Islands, and Suriname. The Sugar Girls will next play Suriname on Friday. The St. Kitts and Nevis Football Association congratulates the team on their victory and wishes them all the best as the tournament progresses.