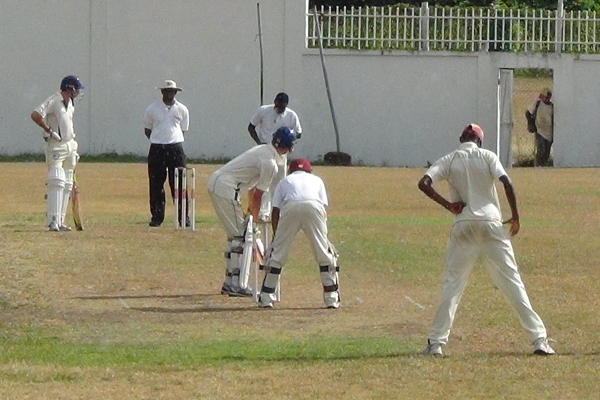 (Sports Page) A talented Nevis youth team got the better of a visiting school boys team out of England on Thursday 18th October.

There was one scheduled match originally but because it was completed well ahead of the scheduled time, another shorter version encounter was played.

In match one, thirty over’s per side affair, the visitors batted first and started badly, at one time reduced to 12 runs for 4 wickets. They were eventually bowled out for 72 with Hakeem Harvey getting 3 wickets and Kezron Archibald 2.

The Nevis team then knocked off the target in short order, losing 4 wickets in the process, led by an aggressive 49 not out by Ross Powell.

The visitors were then reduced to 40 for 2 from their 10 overs.