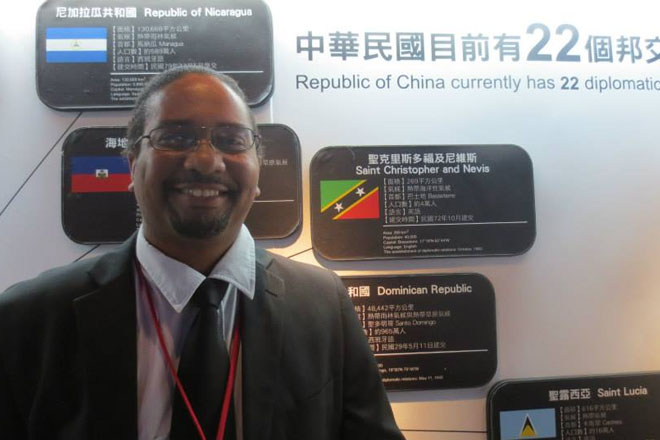 (ZIZ News) — ZIZ Broadcasting Corporation’s Jason Davis is among 11 media workers from around the world are in Taiwan as part of an international press group on the economic and political development of Taiwan.

The first stop for the group was the Presidential Office in downtown Taipei, where they attended a briefing involving 60 other local and international media.

The President spoke on a number of issues including the reduction of the reliance on nuclear energy, trade with mainland China, his popularity among the people and trade restrictions on imports to Japan.

The visit to the Presidential Office is just one of several activities being hosted during the week which will include stops to various sites on history, culture, the arts and industrial technology.