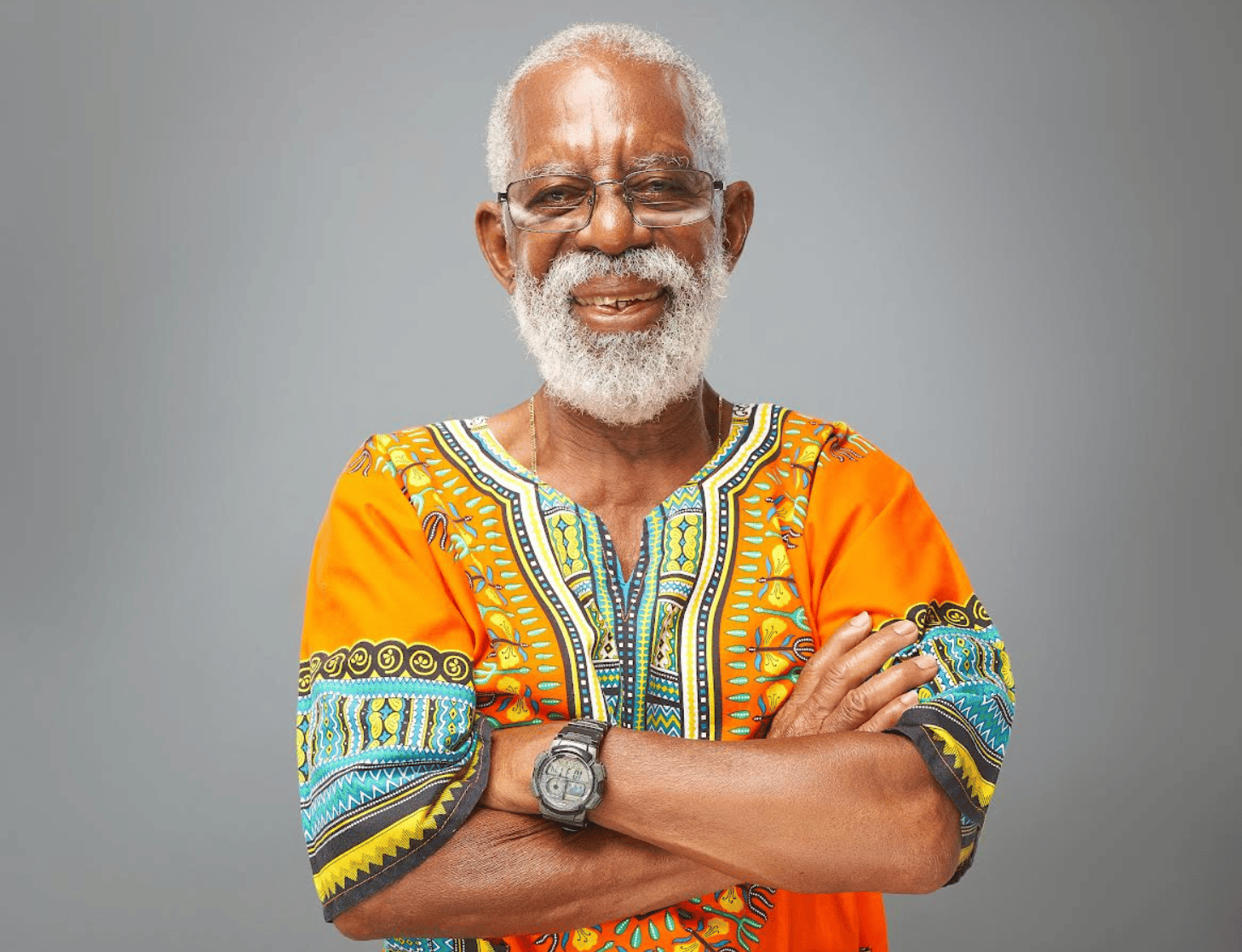 Charlestown, Nevis, June 21, 2022 (NIA) — The patron for Culturama 48 is Mr. William Wentworth Dore affectionately known as “Zhumbye Di Ggii” of Charlestown, a cultural enthusiast who loves Culturama with a passion.

Reacting to the accolade on June 21, following the Culturama Committee’s announcement on June 17, 2022, Zhumbye said he was honoured to be selected to preside over the annual cultural festival from July 21 to August 02, the leading cultural celebration on Nevis now in its 48th year.

“I would like to thank ‘Abo’ and the Culturama Committee for seeing it fit to bestow the honour on me this year. I’m delighted and I give thanks to all who made it possible,” he said.

Mr. Dore told the Department of Information that he credits a close family member for igniting his deep interest and sustained love for Culturama.

“I’ve been in a troupe for about the whole of the lifespan of Culturama and even before Culturama when it was a Christmas Carnival.

“I was inspired by my uncle who used to dance masquerade. His name was Elmo Prentice. Since then, I waited until I reached the age when I did in 1961.

“I branched off to doing different culture-related things. I moved into singing calypso in the early 70s before Culturama.

“When we started Culturama we used to put on dramatic presentations and that was exciting apart from being involved in troops. I always liked Culturama especially involving in Parade of Troupes,” he said.

When asked if there is anything he would like to say to the younger people on Nevis regarding Culturama, he simply said, “These days the most I could tell young people is to try to get involved in the art of singing calypso because that’s one of the best musical arts in the Caribbean, and Nevis is no different. That is our thing!”

Mr. Dore was born on November 28, 1948, to Lucina Dore and the late Ralph Dore at the Alexandra Hospital. He grew up in Charlestown in Happy Hill Alley and later in Low Street.

His early day’s involved chores including picking “hog meat” and heading water. He was schooled at the Charlestown and Basseterre Boys schools and the Charlestown Secondary School. His favourite pastime was engaging in sports – cricket and football. He also engaged in netball, hiking and drama.

The Culturama patron was deeply involved in St. Paul’s Anglican Church and its activities. He was an altar boy, sang in the choir and was a member of the Anglican Young People Association (AYPA).

While attending secondary school his interest in drama led him to participate in drama presentations and often played every available role from Shakespearean to comedic. Upon completion of his secondary education, he joined the Nevis Dramatical and Cultural Society (NEDACS) a local group also known for staging dramatic presentations island-wide.

He later decided to become a calypsonian who was fond of the musical masterpieces from various Caribbean greats notably the Mighty Chalkdust of Trinidad. Zhumbye Di Ggii. During the Christmas “carnival” Zhumbye was a fervent participant in the calypso competition. Two of his most popular songs were “Granny,” based on a true story and “Where do we go from here.” He won the crown on Christmas of 1974.

The Christmas Sports as it was known also saw the formation of the Buzzard Boys. The group’s members including Zhumbye Di Ggii; Bahowlah (Tyrone O’Flaherty); and Shacks (Deryck Walters) would dress up in outlandish costumes, dresses and face powder to visit residents throughout Nevis. At each stop they would give “toasts” which involved singing poems about well-known events and characters in the society. They were often accompanied by a string band and they were many times rewarded with food, drinks or money which was collected to throw their own big party.

The group continued into Culturama throughout the years and always stood out during the Troupe Parade for their innovative costumes and themes.