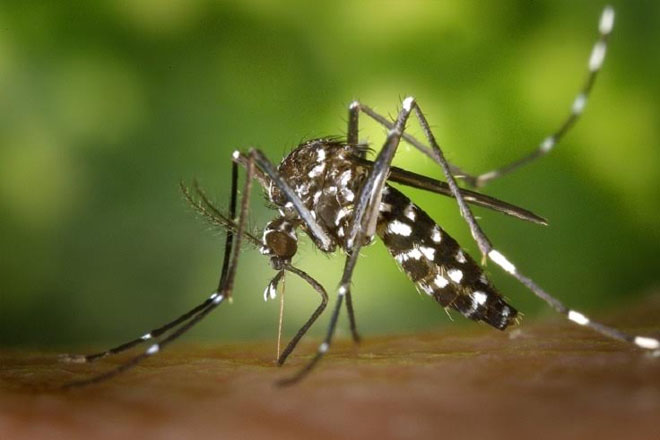 (Caribbean360) The Brazilian health ministry has confirmed a link between Zika, the mosquito-borne virus from Africa that has spread to the Caribbean, and a high incidence of birth defects.

According to officials, the Zika fever is behind a spike in cases of micro-encephalitis – an inflammation of the brain contracted in the first months of pregnancy, which can stunt the growth of the foetus’ head.

Doctors had found Zika virus in the blood and tissue of a baby with micro-encephalitis in the north-eastern state of Ceara, the ministry said, and officials have issued warnings to women to think carefully about getting pregnant at the moment in areas where there are Zika fever cases.

As of Sunday, 739 cases of the disease and two adult deaths had been recorded.

The development marked the first time in the world that adult deaths from Zika virus had been registered.

The first confirmed case of death was of a man in the city of Belem, in Para state, who was being treated for Lupus, a disease of the immune system.

The second case, also in Para, was of a 16-year-old girl who was admitted with suspected Dengue fever but who was found to have died of Zika.

Most cases have been in the north-east of Brazil but cases also rapidly appeared in the south-east, in Rio and Sao Paulo, according to BBC News.

A World Health Organization (WHO) team is scheduled to arrive in Brazil imminently.

Closer to home, the Caribbean Public Health Agency (CARPHA) announced earlier this month that the Zika virus has been detected in a Caribbean Community (CARICOM) nation.

While CARPHA did not identify the country, the Pan American Health Organization (PAHO) indicated that five cases of the Zika virus had been confirmed in Suriname.

The virus had previously been reported in Colombia and there have been suspected cases in the Dominican Republic.

It was first detected in Brazil in April and has since spread to 18 states.

Zika is a viral disease, transmitted by the Aedes aegypti mosquito, which is also the insect vector for Dengue and Chikungunya.

The symptoms are also very similar to these diseases and include fever, muscle and joint pain, headache, nausea, inflammation of the eye and eyeball pain, vomiting, abdominal pain, weakness and rash.

There is no vaccine or treatment for Zika and symptoms last approximately four to seven days in the absence of complications. Until recently, no deaths due to Zika had ever been recorded.

CARPHA is urging the public to inspect their homes and yards weekly, and eliminate potential mosquito breeding sites indoors and outdoors by keeping water drums and barrels tightly covered, and throwing out stagnant water from flower vases, old tyres, and other containers that might serve as breeding sites.

Earlier this month, health authorities, epidemiology experts from Latin America and the Caribbean, and representatives of World Health Organization (WHO) collaborating centres gathered in Buenos Aires, Argentina to discuss actions to improve countries’ preparedness and response with respect to Zika, Dengue and Chikungunya.