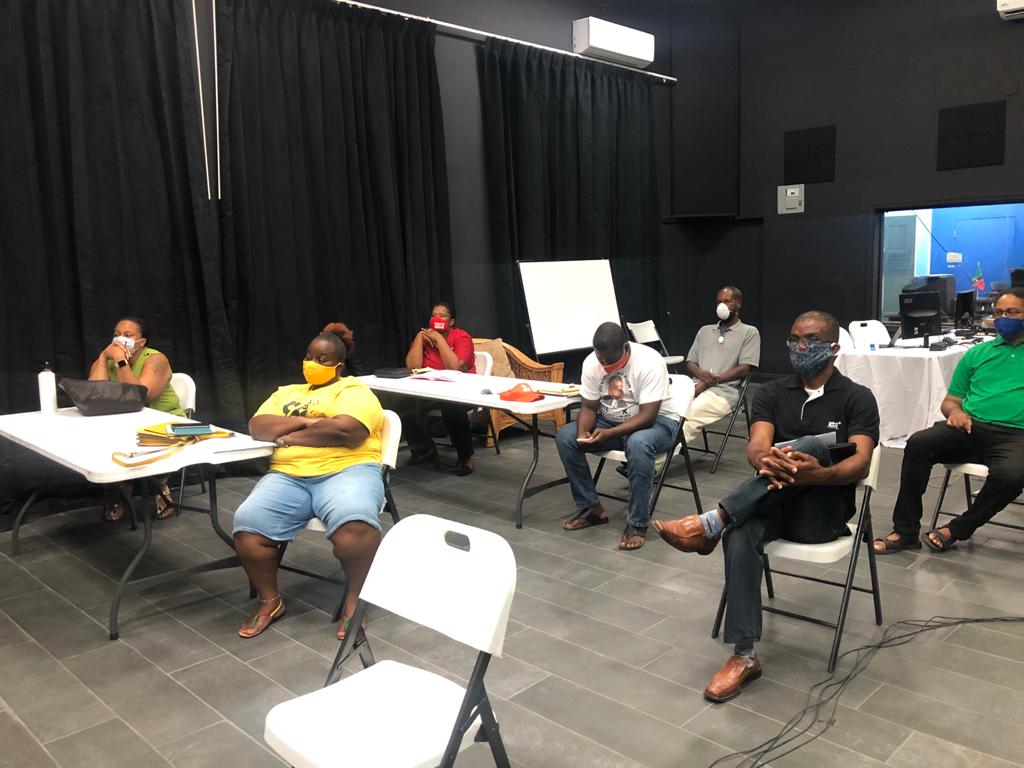 Basseterre, St. Kitts, May 30, 2020 (ZIZ News): As part of its duty to provide balanced coverage and exposure to the various parties ahead of the federal elections, the Board of Directors and Management of ZIZ Broadcasting Corporation held a meeting with the party representatives at the ZIZ TV Studios on Saturday morning.

The purpose of the meeting was to update the representatives on the outcome of the court session where the lawsuit filed by the SKNLP against ZBC was withdrawn as well as inform them about the company’s policy to provide balanced coverage for all parties.

Deputy Chair of the People’s Labour Party Craig Tuckett said “The discussions were fruitful and cordial. There was a level of political maturity that was exhibited by the representatives of the political parties…and I for one was satisfied with the outcome. It was indeed a historical event where for the first time in the history of St. Kitts we truly have freedom of the press, freedom of expression …and the advancement of the democratic electoral process.”

During the meeting Chairman of the ZBC Board of Directors outlined the services available to the parties including free and paid-for slots on radio and TV as well as details surrounding coverage, scheduling, and payment.