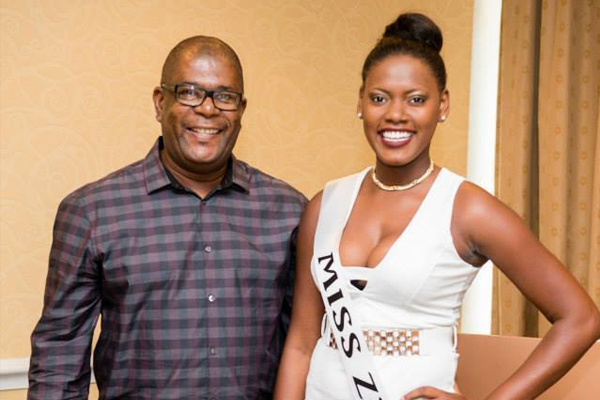 (ZIZ News) — The management of ZIZ Broadcasting Corporation has expressed pride in sponsoring Zaiesha Joseph in her quest to become the 2014/2015 National Carnival Queen.

ZBC’s General Manager, Clement O’Garro, has said the company is happy to be sponsoring Miss Joseph. He described the company’s involvement in the pageant as a way of supporting the federation’s youth.

“She’s a former Miss labour, and also a former Miss Back to Roots which is the show that is done at the CFBC. And we’re proud as the major media organization, not only here in St. Kitts but in the OECS, we wanted to make a positive contribution towards our youth and we’re finding creative ways in doing that”

He described Miss Joseph as a confident young woman who is destined for greatness.

“She has promised to be successful in the show. We’re doing everything that we can to support her, and based on my conversations with her I think that she is destined for success in the National Carnival Queen Pageant for Sugar Mas 43”

Zaeisha Joseph and the other contestants will appear on “Starting Point” with ZIZ radio’s G-Cue on Thursday morning at ten.