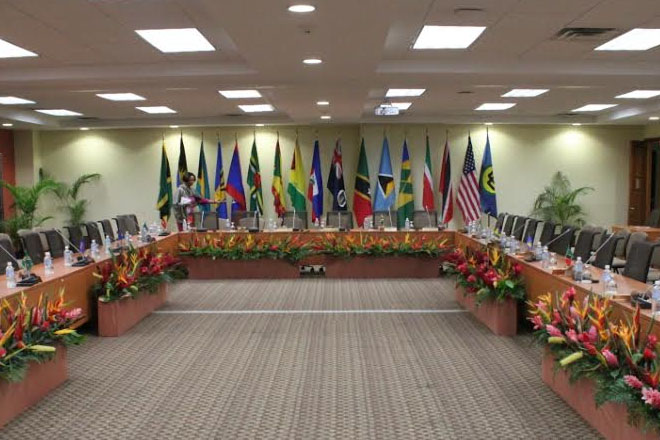 (ZIZ News) — Today’s opening session of the CARICOM-US Summit, which is being attended by a delegation from St. Kitts and Nevis, led by Prime Minister Hon. Dr. Timothy Harris, will be streamed live on the internet and broadcast on ZIZ television.

Competitiveness, energy, and security will be the focus of the highly anticipated summit, which will be co-chaired by Chairman of CARICOM Rt. Hon. Perry Christie, Prime Minister of the Bahamas; and President of the United States of America, Barack Obama.

Thursday’s summit will address major CARICOM concerns as many of the member states attempt to emerge from the lingering effects of the global economic and financial crisis.

Dr. Harris will spend less than 36 hours in Jamaica as he, along with President Obama and other CARICOM leaders, will leave for Panama to attend the seventh Summit of the Americas.