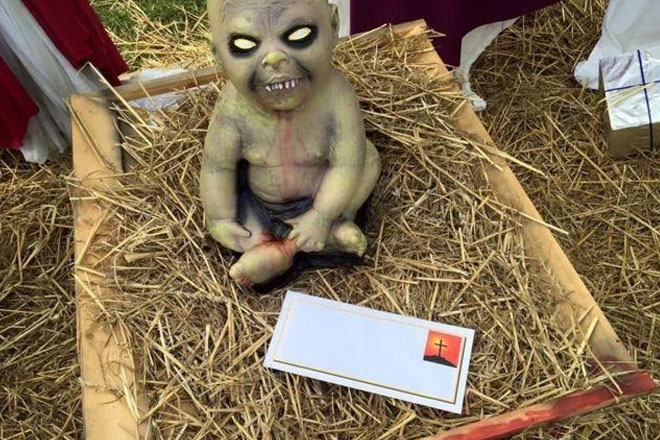 (BBC) An Ohio couple is defying orders to remove a zombie-themed nativity scene from their front garden.

For a second year in a row, Jasen and Amanda Dixon constructed the scene, which features a spoof version of Silent Night including a demonic baby Jesus and undead wise men.

The local council have said the display violates zoning laws, and local religious groups have denounced it.

The Cincinnati couple is seeking donations to keep the display alive.

Construction of the display and the controversy has been documented on a Facebook page, managed by the couple.

A description of the display on that page describes it as “the world’s first Zombie nativity scene” and “a wonderful piece of artwork”, before stating “we are not atheist”.

The couple claims that they were denied a zoning permit for the structure and, according to the New York Times could face a fine of $500 (£334) per day.