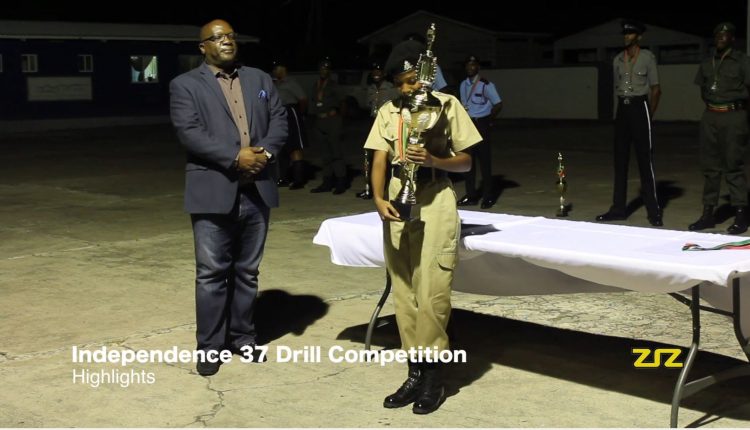 Amassing a total of 97 pt, the Cadet Corp who was represented by Private Shynequa Isaac finished ahead of her closest competitors both from the royal St. Christopher & Nevis Police Force who scored 96.3 and 96 each.

The 2020 independence drill competition saw participation from a number of units which included Her Majesty’s Customs and excise Department, the St.Kitts and Nevis Fire and Rescue Services, Her Majesty’s Prison, the St.Kitts Nevis Defence Force and the Royal St. Christopher and Nevis Police Force.