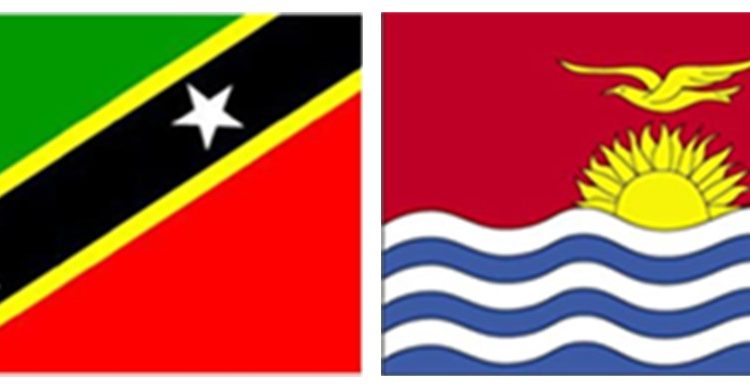 Hundreds Of Youth President Of The Republic Of Kiribati Extends Congratulations To St. Kitts-Nevis On Its 37th Anniversary Of IndependenceAcross St. Kitts To Celebrate Explorers’ Day

Basseterre, St. Kitts, September 15, 2020 (SKNIS): His Excellency Beretitenti Taneti Maamau, President of the Republic of Kiribati has extended best wishes and congratulations to the Government and People of the Federation of St. Kitts and Nevis on its 37th Anniversary of Independence which is observed annually on September 19.

His Excellency Taneti Maamau offered up traditional blessings to St. Kitts and Nevis as he expressed an interest to deepen mutual relations.

“As I commence my second term in office, allow me to reaffirm my government’s commitment to maintain and strengthen the mutual partnerships of our two countries and peoples, and offer Kiribati’s traditional blessings of Te Mauri, Te Raoi ao Te Tabomoa meaning good health, peace and prosperity,” President Taneti Maamau wrote in the congratulatory message.

Nationals of St. Kitts and Nevis enjoy visa-free access to the Republic of Kiribati for 90 days.